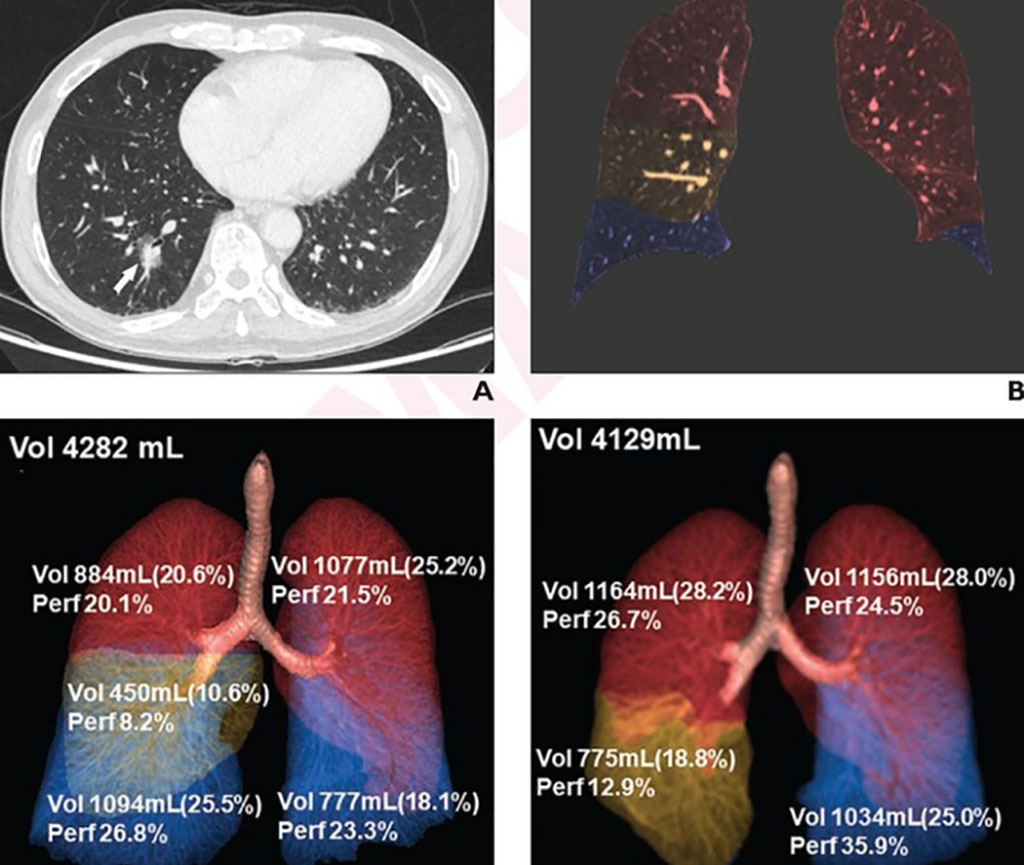 Ultimately, lung perfusion ratio increases were greater after lobectomy than limited resection for ipsi-lateral non-resected lobe(s) (39.9±20.7% vs. 22.8±17.8%) and contra-lateral lung (20.9±9.4% vs. 4.3±5.6%). After right lower lobe lobectomy, the largest postoperative increases in lung volume ratio occurred in the right middle lobe (44.1±21.0%), whereas the largest postoperative increase in lung perfusion ratio occurred in the left lower lobe (53.9±8.6%). Noting some postoperative changes in DECT-derived volume and perfusion parameters showed a correlation with patient-reported postoperative quality-of-life scores, “the findings indicate a potential role of DECT-derived metrics for understanding the variable physiologic impacts of lung cancer resection surgeries,” the authors concluded.