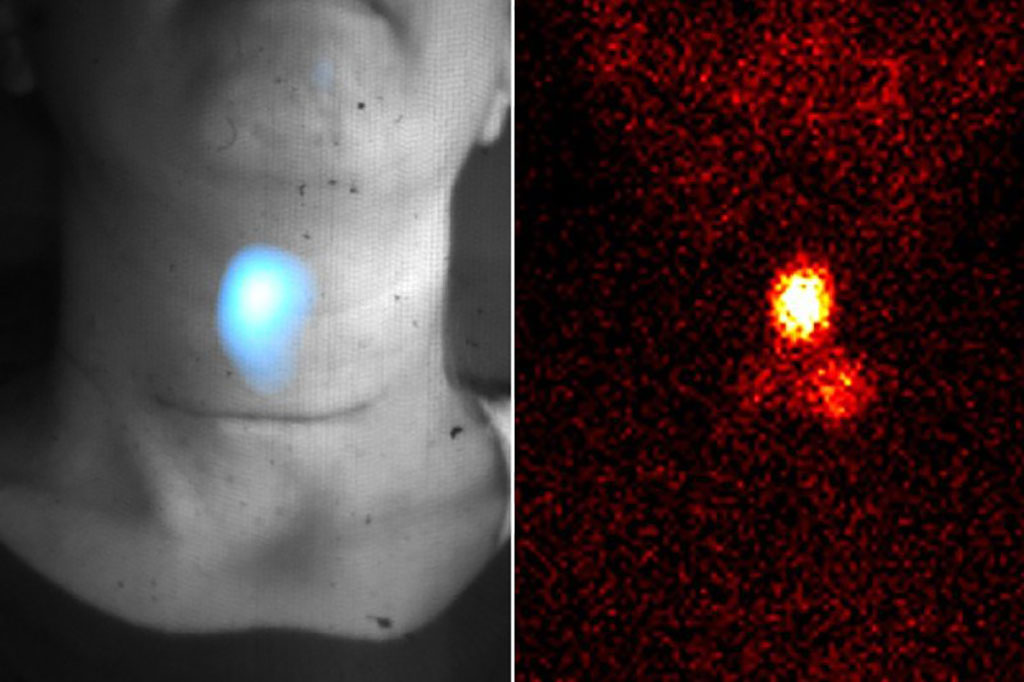 Positron emission tomography (PET) is one of the most widely used diagnostic tools in cancer care. PET scans show the location of a tumor, usually based on increased glucose intake, a hallmark of cancer cells. Despite their effectiveness, PET scans can be hard to access in developing countries and rural areas. PET scanners are expensive and many regions lack the infrastructure required to house them and support their operation. There has been a pressing need for cheaper ways to do imaging to improve cancer care for a much larger population around the world. Now, a team of researchers has begun testing a new technology that could provide a cheaper, faster imaging approach for areas where access to PET scans is limited.

The technique being tested by researchers at Memorial Sloan Kettering Cancer Center (MSK, New York, NY, USA) involves employing specialized cameras to detect Cerenkov light, a faint glow that is naturally emitted by radioactive tracers. PET scans require these radioactive tracers to detect the increased glucose metabolism of cancer cells. The new approach could make it possible to get critical information with most clinically used radioactive tracers but without the PET machine - and at a fraction of the cost. The researchers demonstrated the effectiveness of Cerenkov light in this setting in a clinical trial of nearly 100 patients.

For five different radiotracers, Cerenkov proved to be as accurate for showing tumor location as conventional imaging methods like PET and computed tomography (CT). For some patients who were receiving radiation therapy, Cerenkov also provided information on whether their tumors were shrinking or responding in other ways to the treatment. The clinical trial was the largest study to date testing Cerenkov imaging. While it validates the technique’s potential as a cheaper and more portable imaging approach than PET, the researchers are already looking for further refinements to make it even more useful. This includes imaging the entire body (rather than specific sites), imaging during an operation to help guide surgical decisions, and using a more sensitive camera to make image acquisition even faster and easier.

“This imaging technique based on Cerenkov light could be used instead of expensive PET scans in many cases,” said Jan Grimm, a radiologist and molecular imaging specialist at MSK, who led the team. “It wouldn’t replace PET because it cannot provide the same level of detail, precise measurement, or depth penetration. But having a cheaper and faster imaging approach to select patients that should undergo a PET scan or as a first-line test could provide a huge benefit to many developing areas.”