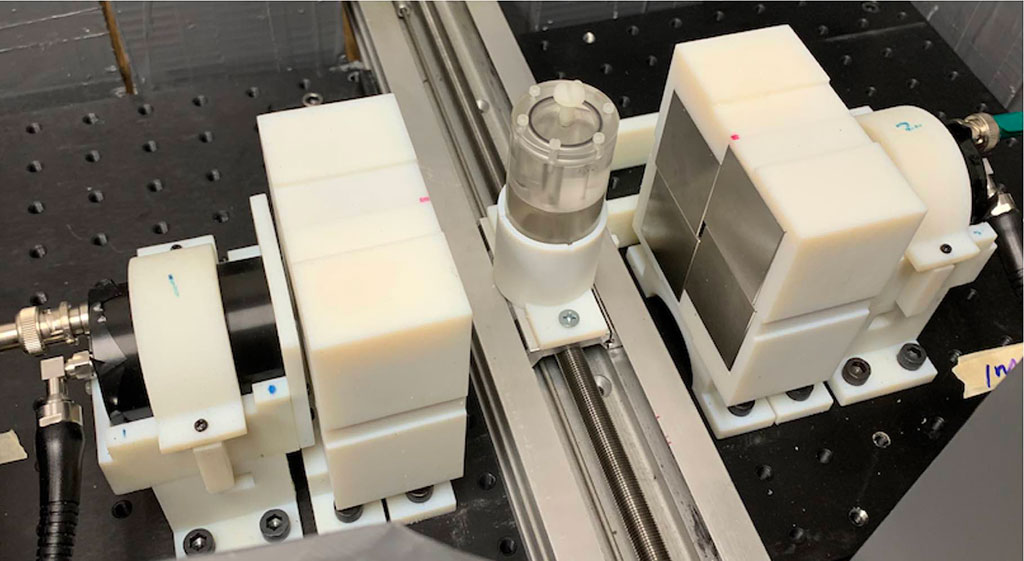 Under development at the University of California Davis (UCD; USA), Hamamatsu Photonics (Japan), the University of Fukui (Japan), and other institutions, the new technique is based on the theory that if detected fast enough, back-to-back annihilation of photons can be directly localized in 3D space using time-of-flight information without tomographic reconstruction. Until now this has not been possible, as photon detectors were too slow to precisely pinpoint their location based on time shifts.

The researchers successfully developed new Cherenkov photon detector technology that when combined with a convolutional neural network (CNN) for timing estimation, resulted in an average timing precision of 32 ps (corresponding to a spatial precision of 4.8 mm), which they consider is sufficient to produce cross-sectional images of a positron-emitting radionuclide directly from the detected coincident annihilation photons, without the need for further tomographic reconstruction algorithms. The study was published on October 14, 2021, in Nature Photonics.

“We're literally imaging at the speed of light, which is something of a holy grail in our field. Images can also be created more quickly with this method, potentially even in real time during the PET scan, as no after-the-fact reconstruction is needed,” concluded senior author Professor Simon Cherry, PhD, of UCD, and colleagues. “This new discovery involves a compact equipment setup, and could lead to inexpensive, easy and accurate scans of the human body using radioactive isotopes.”

In positron emission tomography (PET) scans, molecules tagged with trace amounts of a radioactive isotope are injected in the body. The unstable isotope emits positrons as it decays; whenever one of these positrons encounters an electron in the body, they annihilate each other and simultaneously give off two annihilation photons. Tracking the origin and trajectory of the photons creates an image of the tissues tagged with isotopes. But till now, tomographic reconstruction was required, as the detection process was too slow.