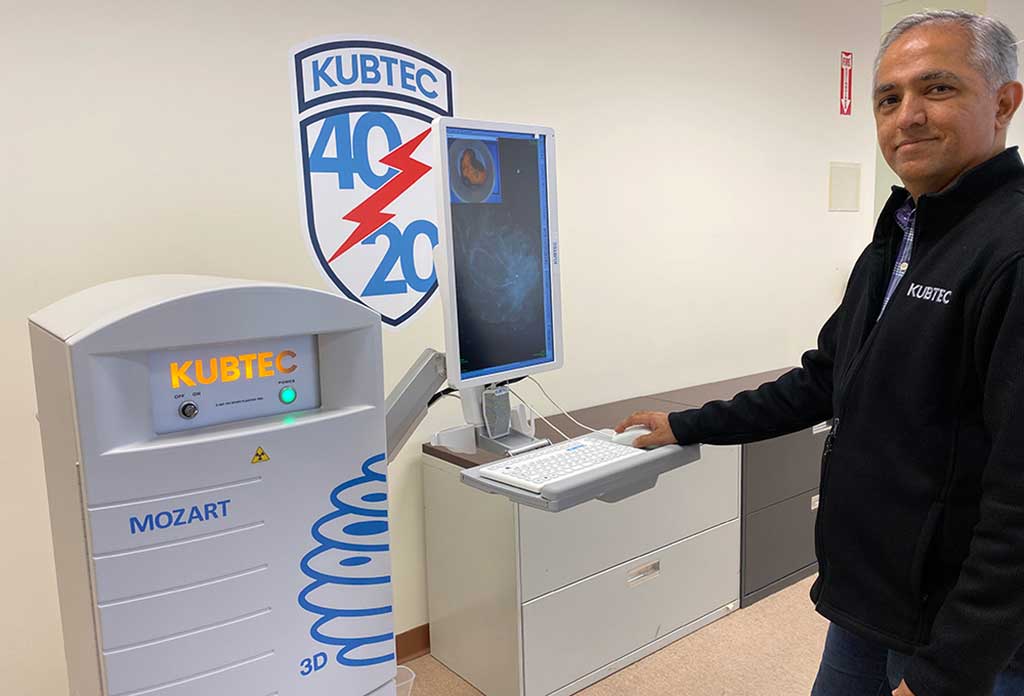 Researchers at the University of Texas Southwestern Medical Center (UT Southwestern; Dallas, TX, USA) conducted a study that analyzed 657 lumpectomy procedures performed between 2013 and 2018 by four surgeons with access to two dimensional (2D) and three dimensional (3D) radiography in the operating room. The results showed that in the 191 patients whose surgeries were performed using the 3D imaging technology, 5% had to return for a follow-up surgery, compared to an 11% re-excision rate among the 466 patients who underwent 2D imaging during surgery.

For the study, which was published on August 1, 2020, in Annals of Surgical Oncology, the researchers used the Kubtec (Milford, CT, USA) Mozart 3D specimen tomography system, which reconstructs 3D tomographic images from 2D projection images in real-time. The technology offers the ability to examine specimens at varying slice depths, and includes the K-view image for a comprehensive 2D view of individual slices at higher resolution. Physicians can thus view individual 3D slices to identify the exact location of calcifications in breast specimens.

“The use of 3D tomosynthesis specimen radiographs decreased re-excision rates by more than half. This study demonstrated that surgeons can use these techniques without radiologists' interpretation to achieve excellent re-excisions rates,” said lead author Natalia Partain, MD, of the division of surgical oncology. “This allows surgeons to excise additional margins at the index operation, decreasing reoperations and anxiety and costs for patients.”

“Kubtec's Mozart 3D specimen tomosynthesis system can dramatically improve surgeons' efficiency and accuracy and help them provide the best quality of care for their patients,” said Vikram Butani, founder and CEO of Kubtec, commenting on the study results. “A five percent re-excision rate is remarkable, compared with the US average of twenty percent for lumpectomies and eleven percent for surgeries using 2D imaging.”

Tomosynthesis operates based on the same principle as linear tomography, except that the detector can either be mechanically motorized in synchronization with the x-ray source, or simply remain stationary during the specimen exam. By establishing the initial fulcral plane and exposing across the sweep angle, the anatomical details in the fulcral plane are persevered, while anatomical clutter above or below the plane is blurred.