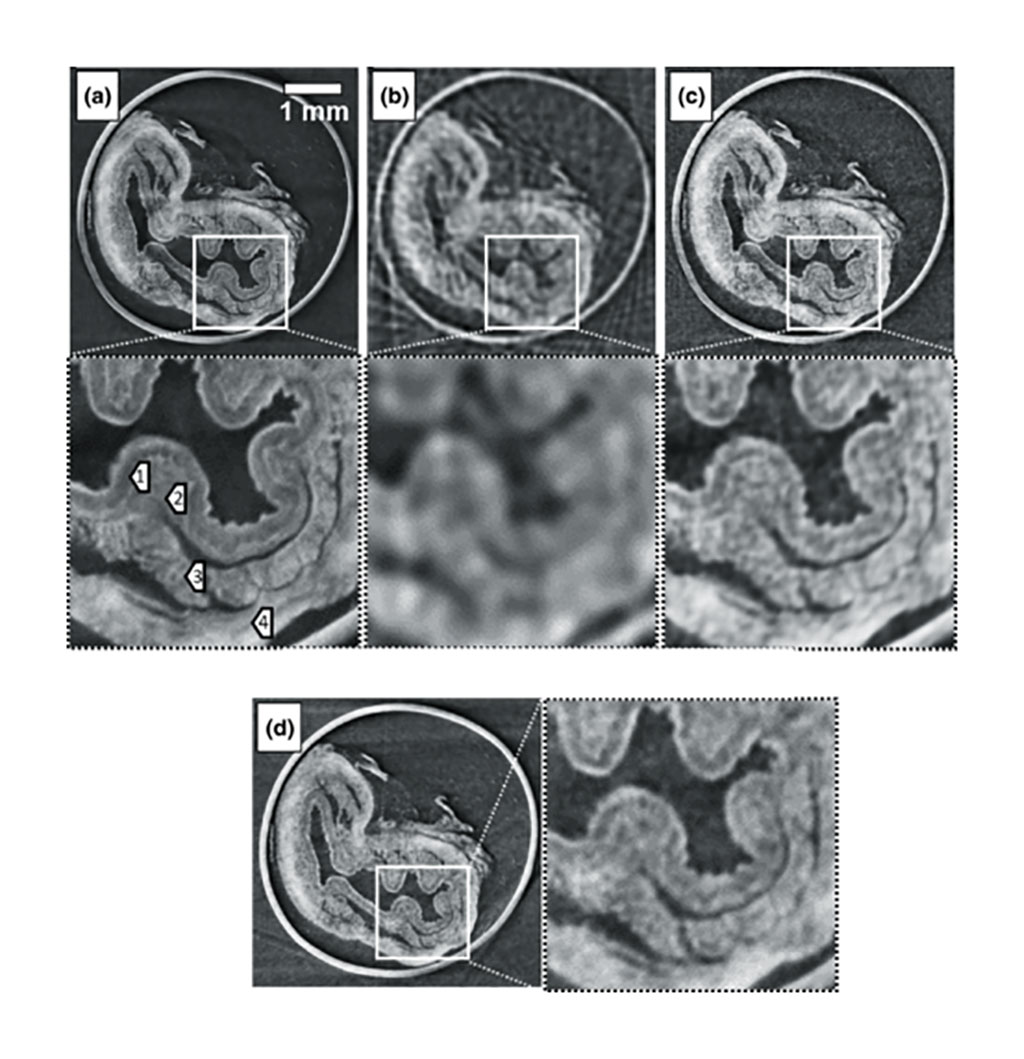 Image: CT images of a rabbit esophagus, acquired with (a) dithering, (b) rotation (c) cycloidal CT sampling, and (d) cycloidal sampling in continuous mode. (Photo courtesy of UCL)
A new study shows that splitting a full C-ray beam into narrower beamlets can reduce the radiation dose during a CT (computed tomography) scan.

Developed by researchers at University College London (UCL, United Kingdom), the new method, called cycloidal computed tomography, involves both probing the sample with an array of thin beamlets shaped by a mask and the application of a cycloidal acquisition scheme, by which the sample is simultaneously rotated and translated. If the mask apertures are smaller than the combined blur of the x-ray source and detector, and there is no significant overlap between beamlets, the higher spatial frequencies facilitate efficient reconstruction into high-resolution tomographic images.

The researchers then compared the novel method to traditional CT scanning methods, wherein the item rotates as a full beam is directed to it. They found that the cycloidal CT method delivers lower doses of radiation, but produced the same quality image. In addition, a preliminary study of the signal-to-noise (SNR) ratio versus the delivered dose revealed significant dose-saving potential. The study was published on July 23, 2020, in Physical Review.

“This new method fixes two problems. It can be used to reduce the dose, but if deployed at the same dose it can increase the resolution of the image. This means that the sharpness of the image can be easily adjusted using masks with different-sized apertures, allowing greater flexibility and freeing the resolution from the constraints of the scanner's hardware,” said senior author Professor Sandro Olivo, PhD. “The new method can be adapted for medical scanners to reduce the amount of radiation among millions of people getting CT scans each year.”