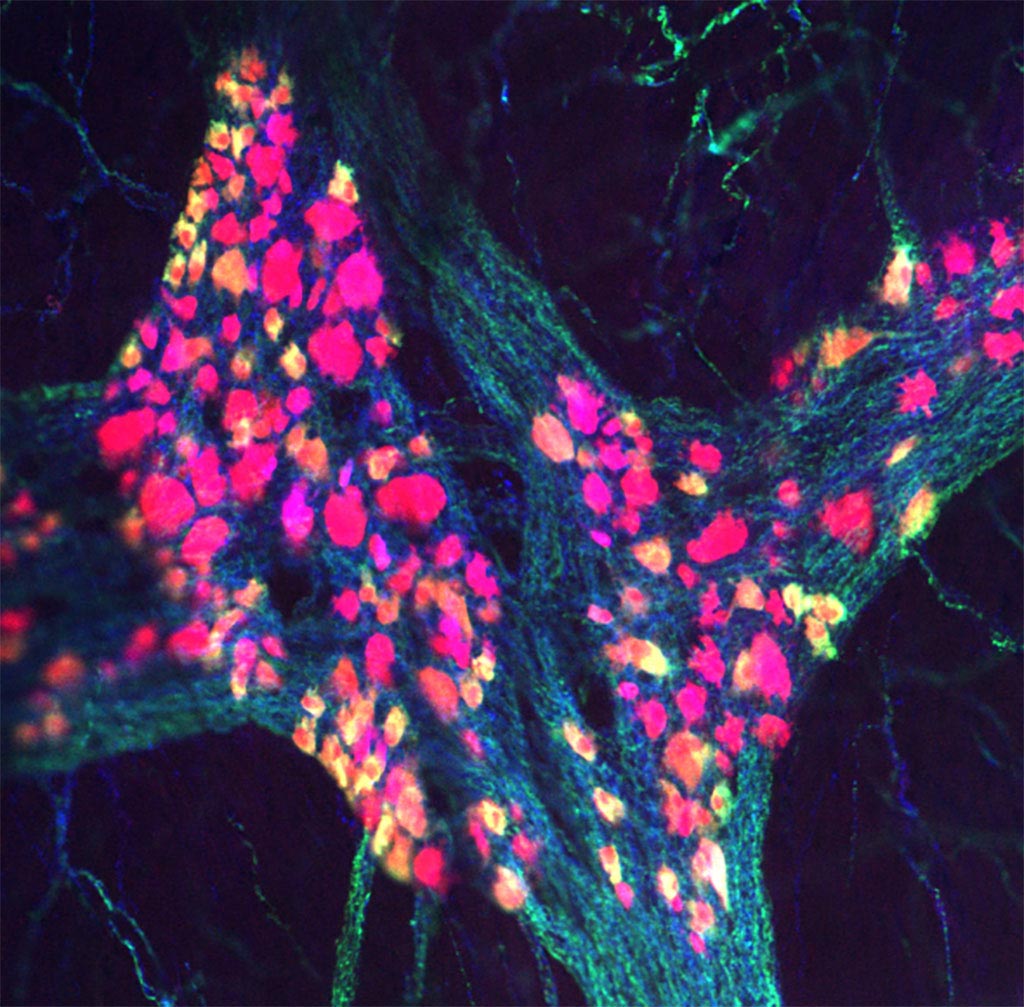 Developed at the Children's Hospital of Philadelphia (CHOP, PA, USA), the University of Pennsylvania (Penn; Philadelphia, USA), and other institutions, the new technique combines tissue clearing, immunohistochemistry, confocal microscopy with nNOS antibody staining, and quantitative analysis of the full thickness bowel, all without sectioning tissues to quantify ENS and other intramural cells. And as the tissues are not sectioned, the new approach preserves the associations with other bowel cells in 3D space. This is especially important when assessing bowel motility.

In the study, the researchers created 280 confocal Z-stacks and acquire quantitative data from 14 adults with without known bowel motility disorders. Most of the images were of myenteric ganglia, captured using a 20x objective lens, with full thickness colon images viewed with a 10x objective lens. In addition, the researchers were able to visualize the ENS in two children with Hirschsprung disease to show distal colon without enteric ganglia, as well as a transition zone and proximal pull-through resection margin where ENS was present. The study was published on February 27, 2020, in Gastroenterology.

“To do this work, we had to invent a new way to make the colon invisible, stain the cells we were interested in seeing, and generate thousands of images,” said senior author pediatric gastroenterologist Robert Heuckeroth, MD, PhD, of CHOP. “Having three-dimensional images of the colon enteric nervous system provides us with new insight into the cells that control bowel function, and may help us better understand disorders of the colon. We believe our new approach will help us understand bowel diseases in more detail and could lead to new approaches to therapy.”

The ENS, which is often referred to as the body's "second brain" regulates many key functions of the bowel, such as the movement of food and nutrients, secretion of fluid, repair of the bowel lining, and control of blood flow. It is difficult to observe with conventional imaging methods, as it is buried within the bowel wall, and previously only been visible in thin tissue slices. But as ENS density varies greatly--across millimeters--analyses of small numbers of thin sections from same bowel region can produce varying results.