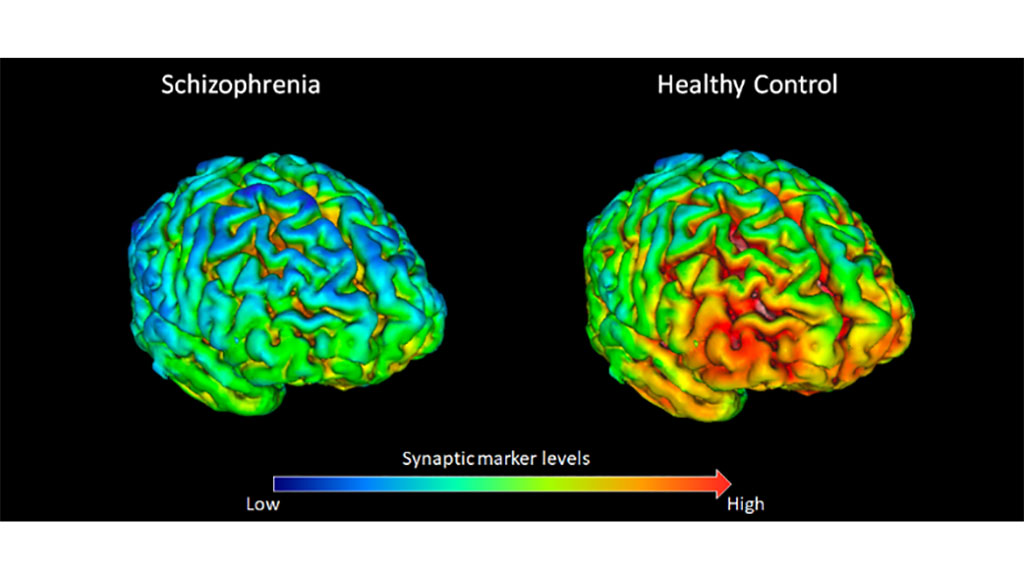 The results showed significant group and group-by-region interaction effects on volume of distribution (VT), which was significantly lower in the frontal and anterior cingulate cortices in schizophrenia with large effect sizes, but there was no significant difference in the hippocampus. The researchers also investigated the effects of antipsychotic drug administration on SV2A levels in Sprague-Dawley rats, but found no significant effects on any measure. According to the researchers, the findings indicate lower SV2A levels in schizophrenia, and that antipsychotic drugs are unlikely to account for them. The study was published on January 14, 2020, in Nature Communications.

“Our lab at the MRC London Institute of Medical Sciences is one of the few places in the world with this new tracer. We've been able for the first time to show there are lower levels of a synaptic protein in people with schizophrenia,” said lead author Professor Oliver Howes, of LMS and KCL. “This suggests that loss of synapses could underlie the development of schizophrenia. We need to develop new treatments for schizophrenia; this protein SV2A could be a target for new treatments to restore synaptic function.”

Synaptic dysfunction is central to the pathophysiology of schizophrenia, a chronic and severe mental disorder that affects how a person thinks, feels, and behaves. Genetic studies have found associations between schizophrenia and variants in genes encoding synaptic proteins. A polymorphism in the SV2A gene has been associated with increased schizophrenia risk, although this finding has not been replicated in genome-wide association studies.