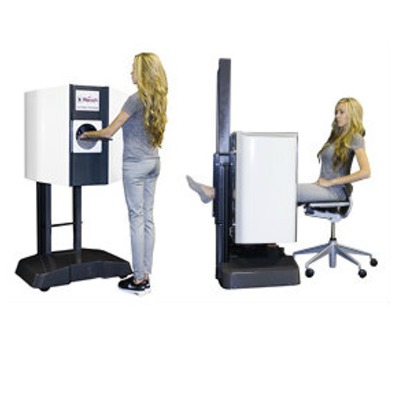 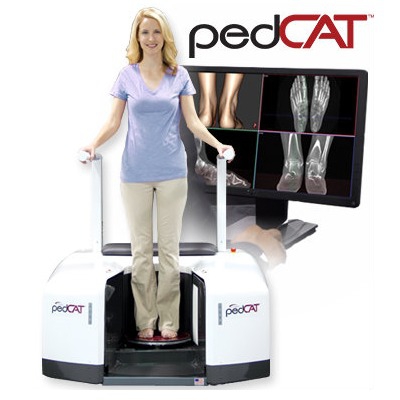 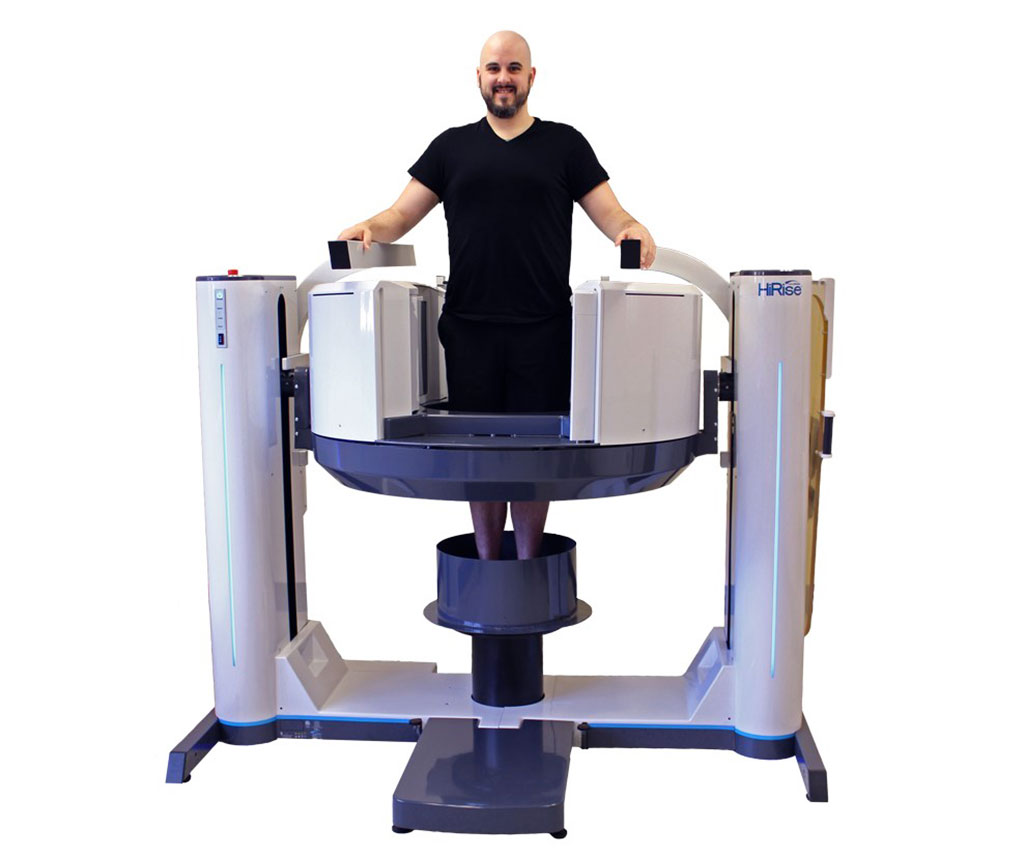 The CurveBeam (Hatfield, PA, USA) HiRise weight bearing system allows patients to stand naturally with both feet side-by-side. Both left and right limbs are captured in a single scan, allowing pre-operative planning of both hip and knee replacement surgery. Surgeons will be able not only to visualize the femoral head within the acetabulum, but also to assess alignment of the femoral head to the knee joint in 3D weight bearing position. The system uses cone beam CT technology (CBCT), as the radiation dose of distal extremities is typically a fraction of a comparable conventional CT scan of the same region.

The wide bore of the HiRise allows for continuous scanning along the lower limb via multiple orbits, with the patient remaining still in one position as the gantry rotates, rises and descends along a vertical track for lower extremity scanning. The system can also tilt 90 degrees for upper extremity scans, as well as non-weight bearing lower extremity scans. An optional table allows the patient to remain fully supine during non-weight bearing scanning. The images are initially acquired as two-dimensional (2D) projections using a rotating gantry with a relatively low-power X-Ray source, a pulsed X-Ray beam, and a flat panel detector (FPD). The 2D projections are then reconstructed into a volumetric dataset.

During CBCT, the region of interest is centered in the field of view. A single 200 degree rotation acquires a volumetric data set which is used to produce a digital volume composed of 3D voxels of anatomical data that can then be manipulated and visualized. CBCT has only recently become practical with the introduction of large-area high-speed digital X-ray imagers, such as hydrogenated amorphous silicon (a-Si:H) based flat-panel detectors.