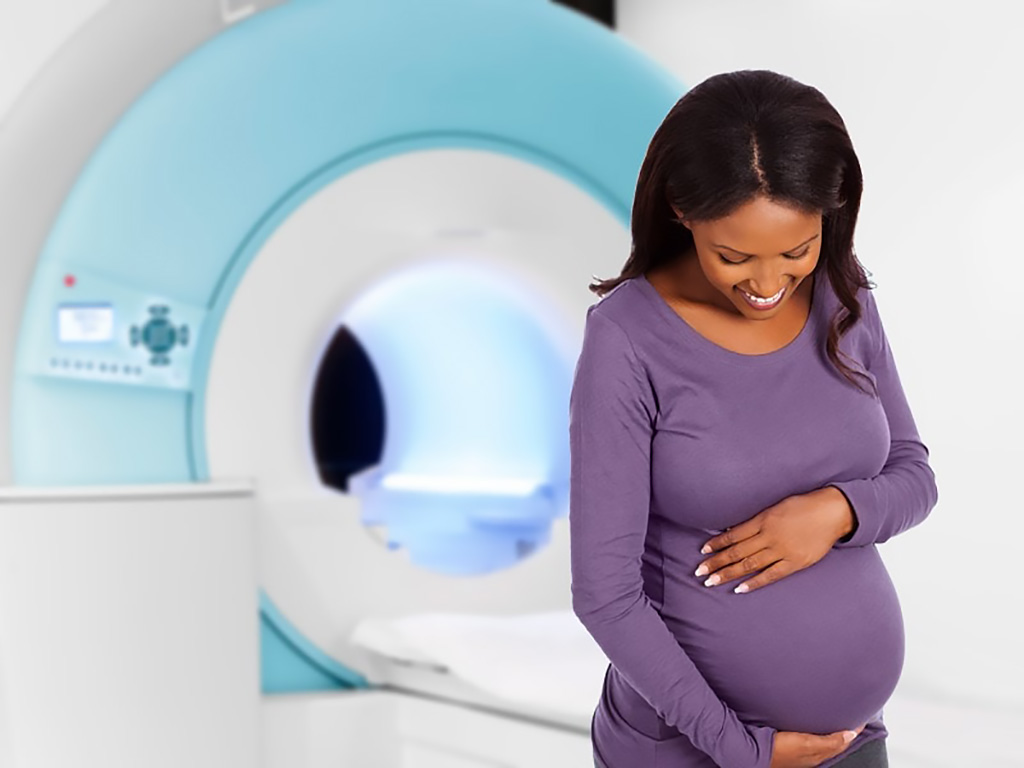 Image: MARY (Photo courtesy of USC)
A new study shows how tracking maternal blood flow to the placenta has the potential to help diagnose several common complications in early pregnancy.

Researchers at the University of Southern California (USC; Los Angeles, USA) and the University of California, Los Angeles (UCLA; USA) conducted a prospective study in 69 women who had their placentas scanned noninvasively using pseudocontinuous arterial spin labeling (pCASL) MRI in order to identify ischemic placental disease (IPD), which includes preeclampsia, intrauterine growth restriction, and preterm birth. The women were scanned first at 14-18 weeks of pregnancy, and then again at 19-24 weeks.

Subsequently, global and regional placental blood flow parameters were derived in order to assess associations between perfusion-related parameters and IPD. The four perfusion-related parameters in the placenta derived included placenta volume, placental blood flow (PBF), high PBF (hPBF), and relative hPBF. Longitudinal changes of the parameters, and their association with IPD, were then tested after being normalizing to the 16th and 20th weeks of gestation. The results showed that of the parameters tested, the difference between the normal and IPD subjects was most pronounced in hPBF and relative hPBF at 16 weeks. The study was published on November 4, 2019, in the Journal of Magnetic Resonance Imaging.

“There is a substantial literature pointing to placental dysfunction as a source of trouble not only for the developing fetus, but also as a source of long-term health problems for the mother, child, and even the next generation,” said David Weinberg, PhD, coordinator of the U.S. National Institutes of Health (NIH, Bethesda, MD, USA) Human Placenta Project, which funded the study. “If we are able to assess the health of the placenta in real time during pregnancy, we may be able to provide better clinical management for those mothers, and ultimately we may be able to change the trajectory of the pregnancy in a way that leads to healthier moms and healthier babies.”

The placenta is an organ that connects the developing fetus to the uterine wall to allow nutrient uptake, waste elimination, and gas exchange via the mother's blood supply. It functions as a feto-maternal organ with two components: the fetal placenta (Chorion frondosum), which develops from the same sperm and egg cells that form the fetus; and the maternal placenta (Decidua basalis), which develops from the maternal uterine tissue.