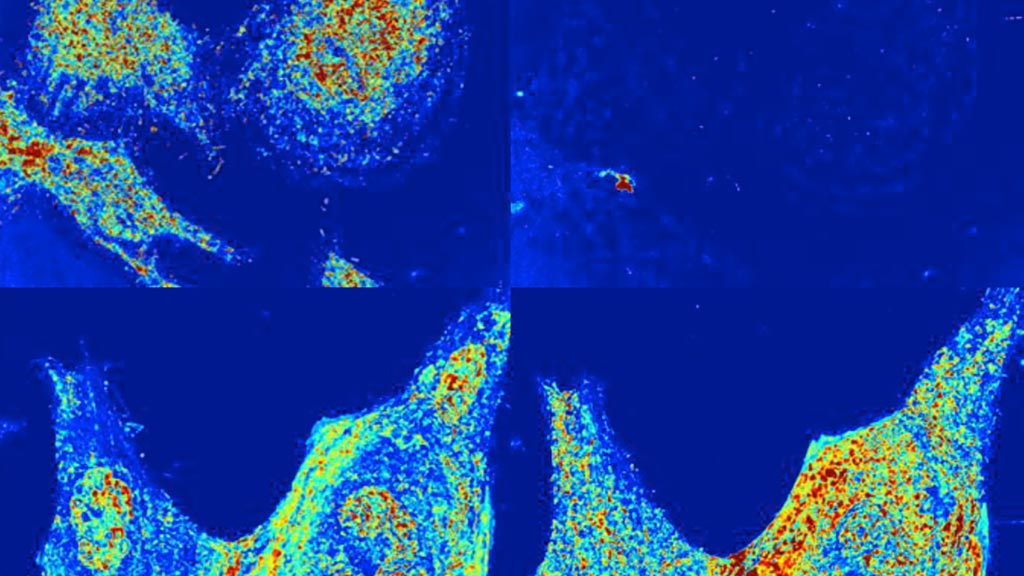 The researchers suggest the technique could be used to study the field effect, which posits that cancer detection can be accomplished by properly analyzing seemingly normal tissue located some distance from afflicted lesions, such as a buccal swab to identify lung cancer, or a Pap smear to detect ovarian and cervical cancer. PWS could determine the degree of randomness of nanometric fluctuations of density within the cell, which in turn could be correlated to the presence of a cancer deeper in the body whose "field" includes the cell under analysis. A study describing the PWS method was published in the April 2019 issue of Nature Communications.

“Rigorously solving Maxwell's equations on nanometer-size voxels ultimately allows Angora to create full-color pixels at the image plane. These pixels can then be analyzed for spectral content,” explained Professor Allen Taflove, PhD, of NU. “After optimizing Angora for Mira, we've been able to solve for more than one trillion vector electromagnetic field components, which we think is unique among such software. Furthermore, by distinguishing between 20-nanometer fluctuations and 50-nanometer fluctuations, Angora far exceeds the capabilities of conventional microscopes.”

“The combination of our experimental and Angora computational studies has given us confidence that dynamic PWS provides the means with which to obtain nanoscale-sensitive, millisecond-resolved information within living cells without the need for any staining,” concluded Professor Taflove. “The impressive spatial-temporal resolution capabilities of dynamic PWS open the door for high-fidelity, high-throughput, early-stage cancer screening, and possibly even novel cancer therapies.”

Spectroscopy, primarily in the electromagnetic spectrum, is a fundamental exploratory tool in the fields of physics, chemistry, biology and astronomy, allowing the composition, physical structure, and electronic structure of matter to be investigated at atomic, molecular scale, and macro scale, and even over astronomical distances.