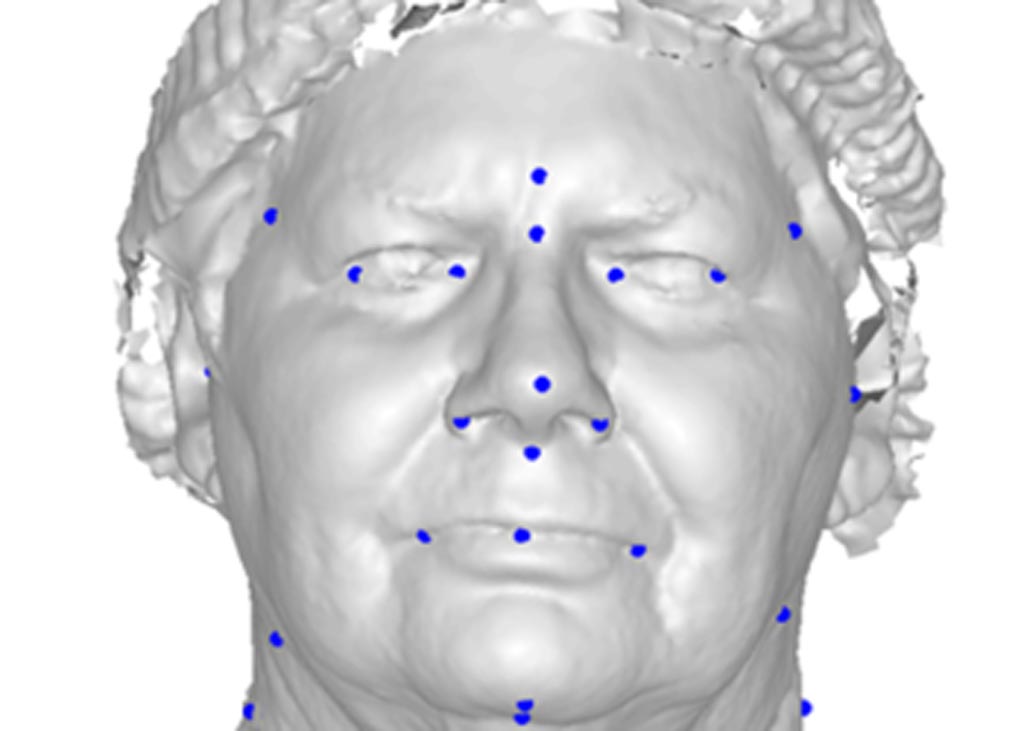 Researchers at the University of Western Australia (UWA; Crawley, Australia) conducted a study that recruited 400 middle-aged adults with OSA taking part in sleep studies at Sir Charles Gairdner Hospital (Nedlands, Australia) and the UWA Centre for Sleep Science. With the aid of facial photography and 3D facial surface analysis, linear and geodesic distances were obtained between anatomical landmarks, and their relationship to the presence and severity of OSA determined.

The researchers then attempted to determine the combination of measurements that best predicted the severity of OSA. The results showed geodesic measurements of craniofacial anatomy improved the ability to identify individuals with and without OSA compared to linear measurements. A maximum classification accuracy of 91% was achieved when both linear and geodesic craniofacial measurements were combined into a single predictive algorithm. The study was published in the August 2019 issue of the Journal of Clinical Sleep Medicine.

“Craniofacial anatomy is recognized as an important predisposing factor in the pathogenesis of OSA, and craniofacial features are related to the presence and severity of OSA,” said study co-author Syed Zulqarnain Gilani, PhD, of the UWA School of Computer Science and Software Engineering. “This breakthrough has the potential to reduce the burden on hospitals and sleep clinics that currently run sleep studies for everyone. It can flag people at risk of sleep apnea who can then be referred for diagnosis and treatment.”

OSA is a sleep disorder characterized by pauses in breathing or instances of shallow or infrequent breathing during sleep. Each pause in breathing (apnea), can last from at least ten seconds to several minutes, and may occur 5 to 30 times or more an hour. Structural features, low muscle tone, and soft tissue around the airway give rise to the obstructed airway. The risk of OSA rises with increasing body weight, active smoking and age. In addition, patients with diabetes have up to three times the risk of having OSA.