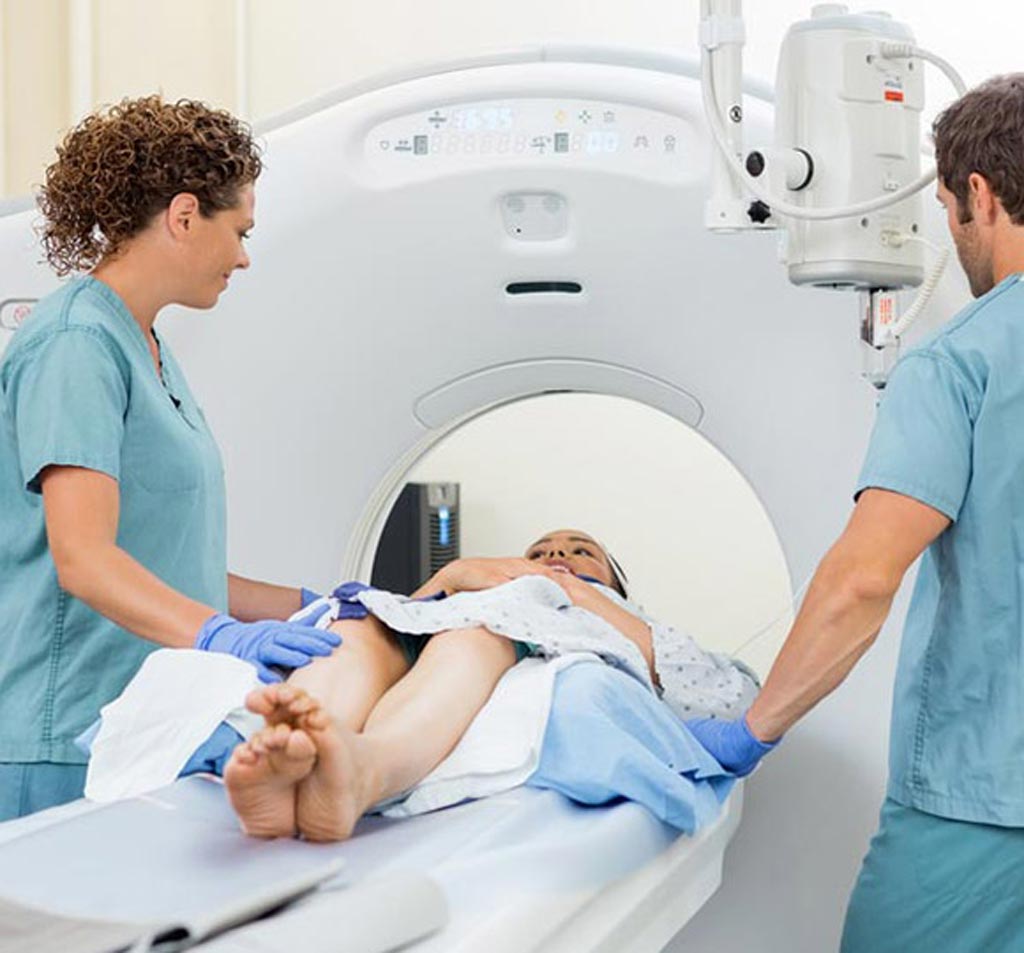 Image: New statistics show CT scans during pregnancy have quadrupled (Photo courtesy of Shutterstock).
A new study reveals a four-fold rise over the last two decades in the number of pregnant women undergoing computed tomography (CT) scans, which expose both mother and fetuses to radiation.

MRI rates also increased steadily, from one per 1,000 pregnancies in 1996 to 11.9 in 2016 in the United States, and from 0.5 per 1,000 in 1996 to 9.8 in 2016 in Ontario, surpassing CT rates. Angiography, fluoroscopy, and nuclear medicine use rates were low, but in most years were higher in Ontario than in the United States. Imaging rates were highest for women who were younger than 20 years, 40 years or older, gave birth preterm, or were black, Native American or Hispanic. The study was published on July 24, 2019, in JAMA Network Open.

“CT scans provide the clearest images, they can be done quickly, and are less expensive and more widely available. However, CT scans have the most ionizing radiation and they are commonly done in places of the body where the fetus is exposed to the radiation,” said senior author Professor Rebecca Smith-Bindman, MD, of UCSF. “Imaging can be helpful, but it can be overused. Always, but especially if you're pregnant, you should ask whether it is really medically necessary to have any imaging test that involves ionizing radiation.”

Ionizing radiation exposure is associated with potential carcinogenic, teratogenic and mutagenic health risks to the developing fetus, with characterization and severity dependent on the gestational age at the time of exposure and radiation dose to the fetus. As a result, ultrasonography has replaced abdominal radiographs for monitoring pregnancy-related complications.