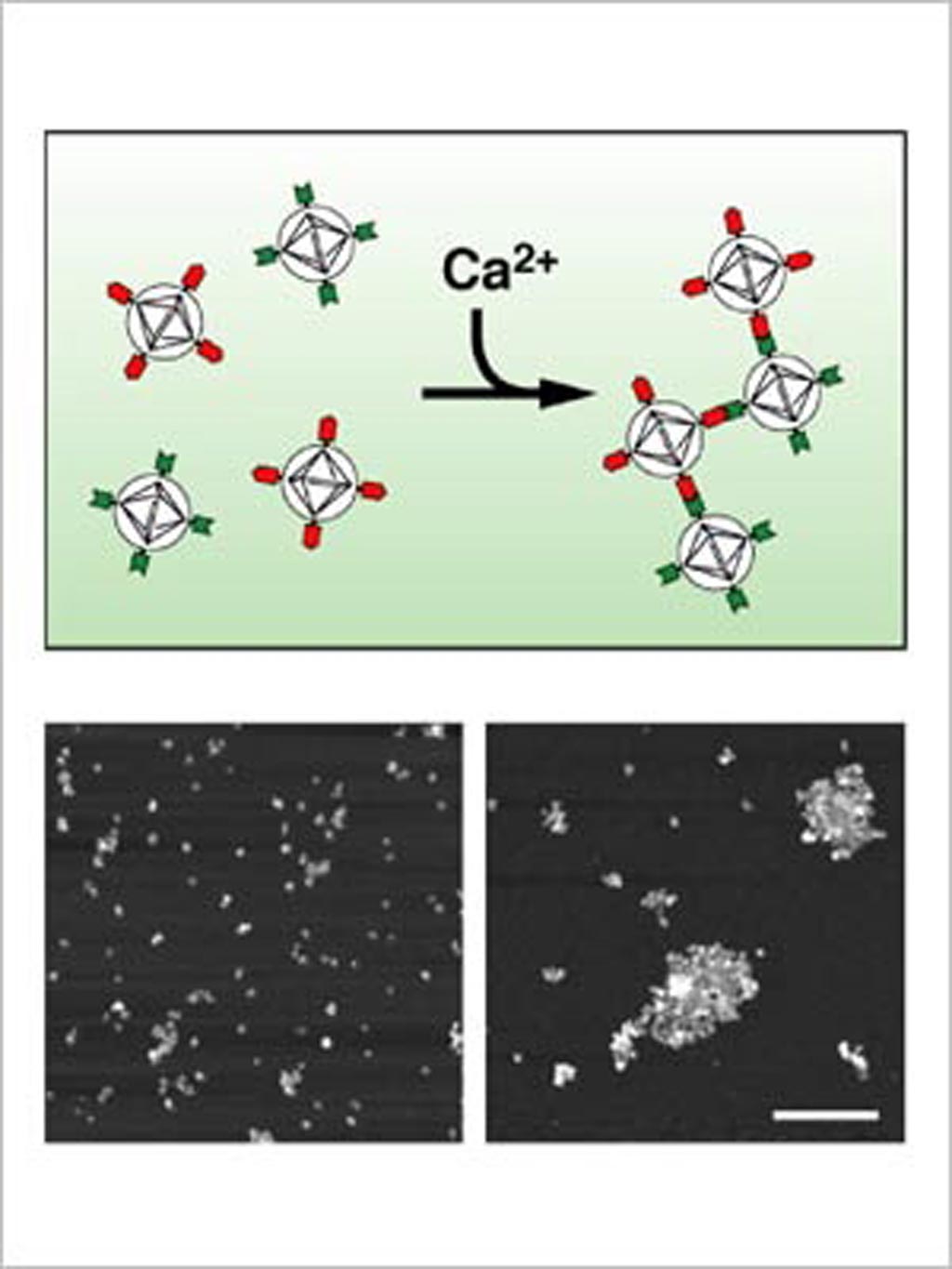 Image: Nanoparticles aggregating in the presence of calcium; sensor particles in the absence (L) or presence (R) of calcium (Photo courtesy of Alan Jasanoff / MIT).
A new manganese-based magnetic resonance imaging (MRI) contrast agent can image intracellular calcium ions deep within the brain, according to a new study.

Developed by researchers at the Massachusetts Institute of Technology (MIT, Cambridge, MA, USA), the manganese-based paramagnetic contrast agent (ManICS1-AM) is designed to permeate cells and undergo esterase cleavage. The contrast agent complex also contains a calcium-binding chelator. Once inside the cell, if calcium levels are low, the calcium chelator binds weakly to the manganese atom, shielding it from MRI detection. But when calcium flows into the cell, the chelator binds instead to the calcium, releasing the manganese, which makes ManICS1-AM appear brighter in an MRI image.

The researchers also tested ManICS1-AM in rats by injecting it into the striatum, a region deep within the brain that is involved in planning movement and learning new behaviors. They then used potassium ions to stimulate electrical activity in neurons of the striatum, and were able to measure the calcium response in small clusters of neurons involved in specific behaviors or actions. The new method can offer much more precise information on the location and timing of neuron activity than traditional functional MRI (fMRI), which measures blood flow in the brain. The study was published in the February 22, 2019, issue of Nature Communications.

“When neurons, or other brain cells called glia, become stimulated, they often experience more than tenfold increases in calcium concentration; our sensor can detect those changes,” said senior author Professor Alan Jasanoff, PhD. “In addition, this technique could be used to image calcium as it performs many other roles, such as facilitating the activation of immune cells. With further modification, it could also one day be used to perform diagnostic imaging of the brain or other organs whose functions rely on calcium, such as the heart.”

Calcium ions are essential to signal transduction in virtually all cells, where they coordinate processes ranging from embryogenesis to neural function and communication. Although optical probes for detecting intracellular calcium imaging have been available for decades, the development of probes for noninvasive detection of intracellular calcium signaling in deep tissue and intact organisms remains a challenge.