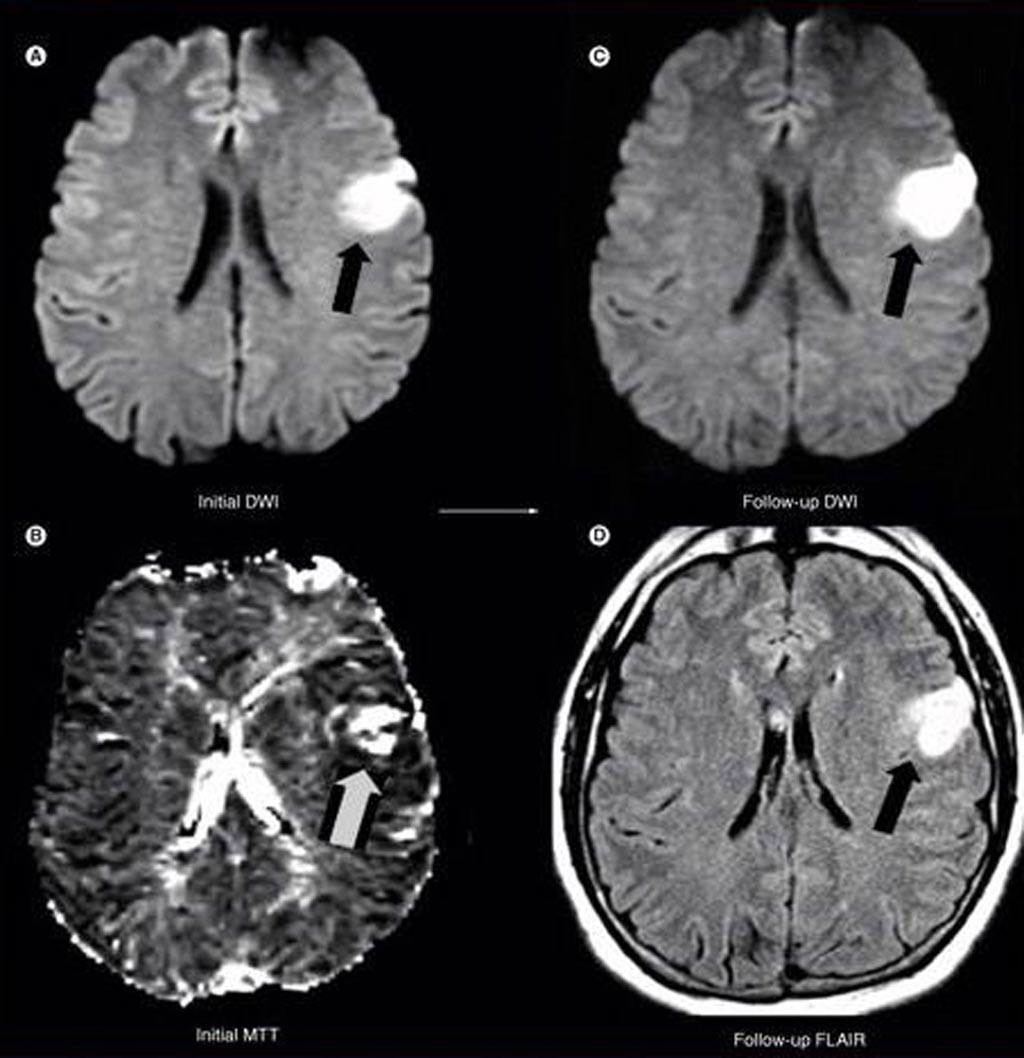 Image: As part of a new study, researchers found that for stroke patients treated 3-6 hours after onset with intravenous tPA, baseline MRI findings can identify subgroups that are likely to benefit from reperfusion therapies and can potentially identify subgroups that are unlikely to benefit or may be harmed (Photo courtesy of Medscape).
Stroke patients who underwent endovascular therapy had similar improvement following treatment, regardless of the perfusion imaging used to confirm their eligibility for surgical procedures, according to a new study.

All patients underwent either perfusion MRI or perfusion CT to confirm that they had sufficient amounts of salvageable tissue to make surgery viable. The results revealed that endovascular therapy benefit was uniform across patients of various ages, regardless of the symptom severity, time to treatment, location of occlusion, and type of perfusion imaging they underwent prior to endovascular therapy, indicating that either modality could be used for patient selection. The study was published on January 28, 2019, in JAMA Neurology.

"Endovascular therapy in the 6-16-hour time window in patients with evidence of salvageable tissue on brain perfusion imaging is beneficial in a broad patient population, including patients who have mild or severe symptoms, and who are selected by CT or MRI,” concluded lead author Maarten Lansberg, PhD, of Stanford University, and colleagues. “These results have health care implications indicating transferring potential candidates for late-window thrombectomy is associated with substantial clinical benefits, and should be encouraged.”

Rapid and effective revascularization is the mainstay of acute ischemic stroke treatment. Until recently, intravenous recombinant tissue-type plasminogen activator (r-tPA) was the only established therapeutic option. New studies have proven the benefit of endovascular treatment, and thrombectomy with stent retrievers is now recommended as the standard of care for acute ischemic strokes with a proximal large vessel occlusion in the anterior circulation.