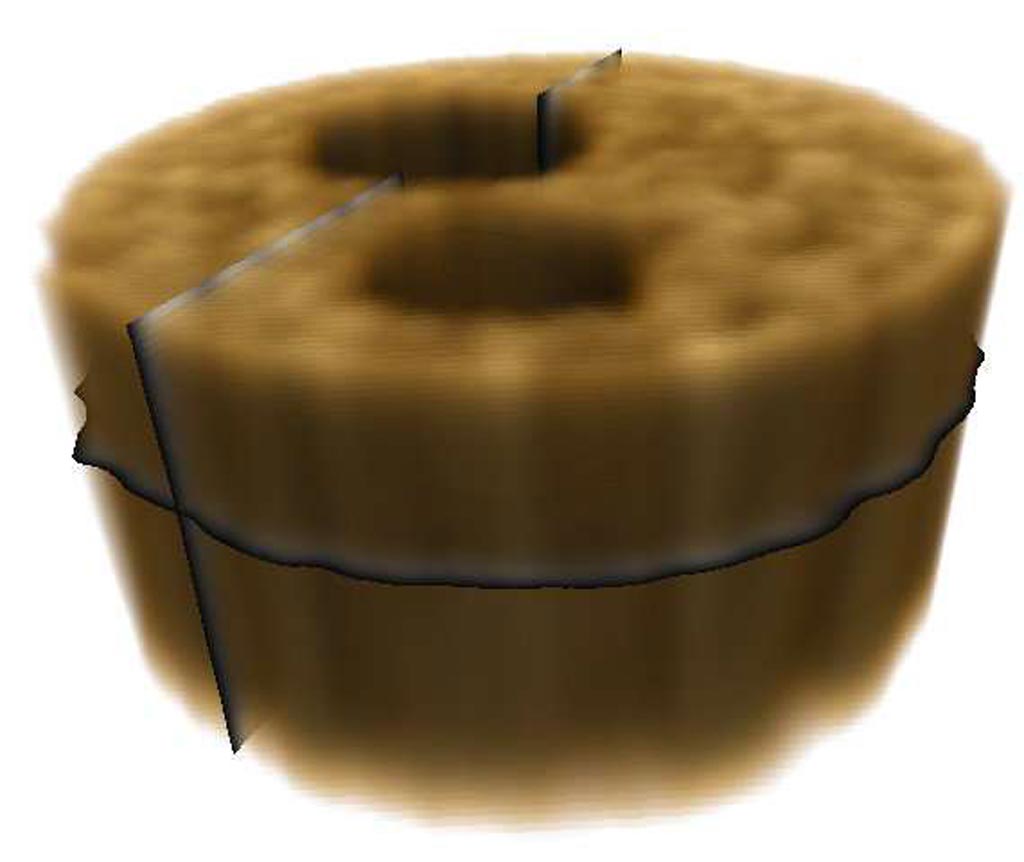 Developed at Australian National University (ANU; Canberra), Monash University (Melbourne, Australia), and The European Synchrotron (Grenoble, France), ghost tomography (GT) uses random x-ray intensity patterns to illuminate an object from various angles, with each beam split in two. The pattern is recorded in the primary beam, which acts as a reference since it does not penetrate the object; the secondary beam passes through the object, with X-ray transmission recorded by a single-pixel detector.

A computer then creates a two-dimensional (2D) X-ray projection image from the recording. The process is then repeated at different orientations so as to construct a full 3D image. For the proof-of-concept study, the researchers imaged a 3D ghost image of a simple object (5.6mm in diameter) at a relatively low resolution of about 0.1mm. According to the researchers, the resulting 3D image can display the interior of objects that are opaque to visible light. The study was published in the December 2018 issue of Optica.

“The beauty of using the ghost imaging technique for 3D imaging is that most of the X-ray dose is not even directed towards the object you want to capture; that's the ghostly nature of what we're doing,” said lead author Andrew Kingston, PhD, of the ANU School of Physics and Engineering. “There's great potential to significantly lower doses of X-rays in medical imaging with 3D ghost imaging and to really improve early detection of diseases like breast cancer.”

“3D X-ray ghost imaging, or ghost tomography, is a completely new field, so there's an opportunity for the scientific community and industry to work together to explore and develop this exciting innovation,” concluded Dr. Kingston. “A variation of our approach doesn't require an X-ray camera at all, just a sensor - this would make a 3D medical imaging setup much cheaper.”