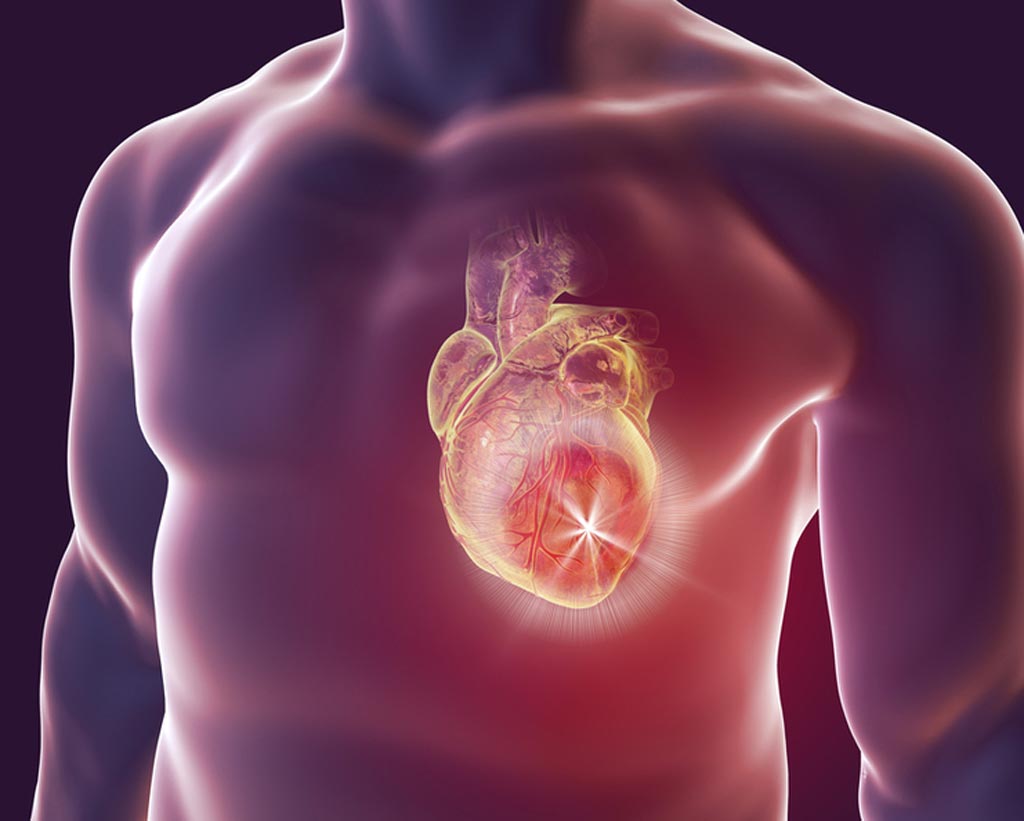 Image: A machine-learning algorithm trained to read imaging scans was more accurate at predicting heart attacks or death than expertly trained physicians (Photo courtesy of Shutterstock).
Researchers from the Turku PET Centre (Turku, Finland) have developed an algorithm that “learned” how imaging data interacts by repeatedly analyzing 85 variables in 950 patients with known six-year outcomes. The algorithm then identified patterns correlating the variables to death and heart attack with more than 90% accuracy.

Doctors use risk scores to make treatment decisions, although these scores are based on just a handful of variables and often have modest accuracy in individual patients. Through repetition and adjustment, machine learning can exploit large amounts of data and identify complex patterns that may not be evident to humans.

For the study, the researchers enrolled 950 patients with chest pain who underwent the centre’s usual protocol to look for coronary artery disease. A coronary computed tomography angiography (CCTA) scan yielded 58 pieces of data on presence of coronary plaque, vessel narrowing, and calcification. Those with scans suggestive of disease underwent a positron emission tomography (PET) scan, which produced 17 variables on blood flow.

Ten clinical variables were obtained from medical records including sex, age, smoking and diabetes. During an average six-year follow-up there were 24 heart attacks and 49 deaths from any cause. The 85 variables were entered into a machine-learning algorithm called LogitBoost, which analyzed them over and over again until it found the best structure to predict who had a heart attack or died.

The predictive performance using the ten clinical variables alone (similar to current clinical practice) was modest, with an area under the curve (AUC) of 0.65 (where 1.0 is a perfect test and 0.5 is a random result). When PET data were added, AUC increased to 0.69. The predictive performance increased significantly (p=0.005) when CCTA data were added to clinical and PET data, giving an AUC 0.82 and more than 90% accuracy.

“Our study shows that very high dimensional patterns are more useful than single dimensional patterns to predict outcomes in individuals and for that we need machine learning,” said study author Dr. Luis Eduardo Juarez-Orozco. “Doctors already collect a lot of information about patients – for example those with chest pain. We found that machine learning can integrate these data and accurately predict individual risk. This should allow us to personalize treatment and ultimately lead to better outcomes for patients.”