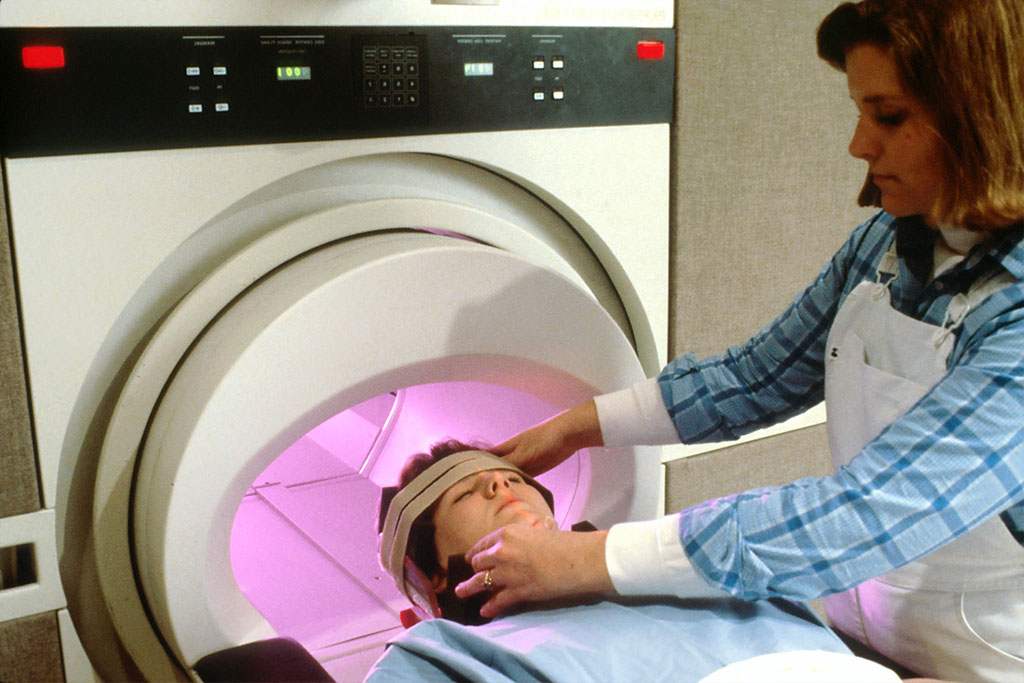 A new neuroimaging technique can detect biochemical changes in the brains of people with multiple sclerosis (MS) early in the course of the disease, paving the way for faster MS treatment evaluation and other potential benefits.

The technique developed by scientists at the Medical University of Vienna (Vienna, Austria) could pave the way for faster MS treatment evaluation and other potential benefits. MS is a disease of the central nervous system that can cause fatigue, pain and impaired coordination. It affects nearly three million people worldwide, and incidence is rising. There is no cure, but physical therapy and medications can slow its progression.

Lesions to the brain’s signal-carrying white matter are the most readily detectable manifestation of MS on MRI. The lesions, linked to the loss of the protective coating around white matter fibers called myelin, represent only macroscopic tissue damage. A means to find changes in the brain at an earlier microscopic or biochemical stage would be beneficial.

An advanced imaging technique known as proton MR spectroscopy is a promising tool in this effort. MR spectroscopy of the brain can detect several metabolites that have potential relevance for MS. The researchers used the technique to compare biochemical changes in the brains of 65 people with MS with those of 20 healthy controls. They deployed an MRI scanner with a powerful 7-Tesla (T) magnet.

The results showed reduced levels of an amino acid derivative called N-acetylaspartate (NAA) in patients with MS. Lower levels of NAA have been linked to impaired integrity of neurons in the brain. People with MS also showed elevated levels of myo-inositol (MI), a compound involved in cell signaling. Higher levels are indicative of substantial inflammatory disease activity.

The metabolic alterations in normal-appearing white matter and cortical gray matter were associated with disability. According to the researchers, the results show a potential role for 7T MR spectroscopic imaging in visualizing MS pathology beyond demyelinating lesions. The changes detected by the new imaging technique have significant clinical applications. While more work is needed to confirm the results, the results support 7T MR spectroscopic imaging as a valuable new aid in the care of people with MS. The researchers are working to further improve the image quality of the new technique and fully integrate it for use in routine clinical MRI scanners.

“MRI of neurochemicals enables the detection of changes in the brain of multiple sclerosis patients in regions that appear inconspicuous on conventional MRI,” said study senior author Wolfgang Bogner, PhD, from the High Field MR Centre at the Medical University of Vienna in Vienna, Austria. “The visualized changes in neurochemistry of normal-appearing brain tissue correlated with the patients’ disabilities.”

“If confirmed in longitudinal clinical studies, this new neuroimaging technique could become a standard imaging tool for initial diagnosis, for disease progression and therapy monitoring of multiple sclerosis patients and, in concert with established MRI, might contribute to neurologists’ treatment strategies,” added Dr. Bogner.