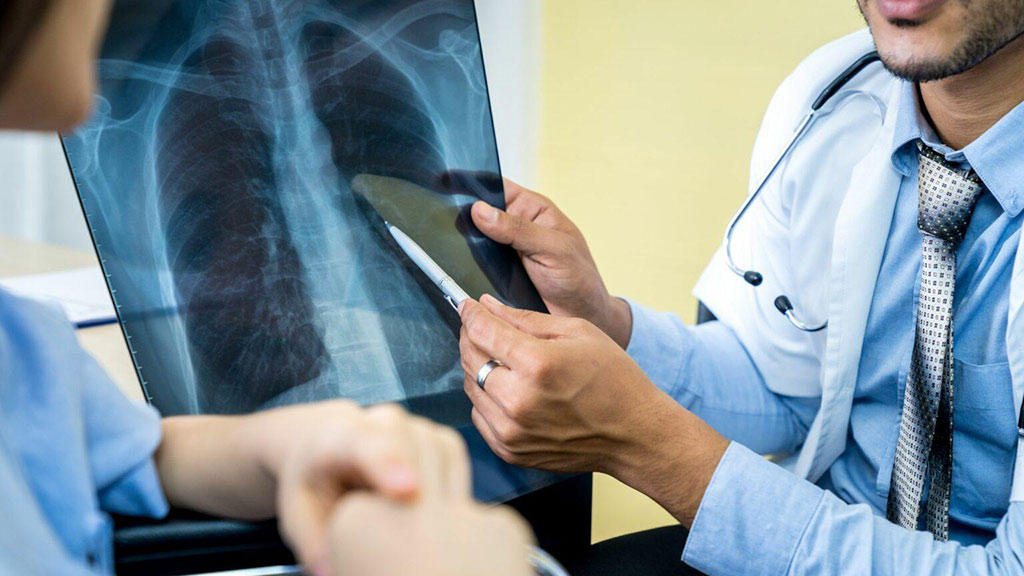 Illustration
A study using a cutting-edge method of imaging has identified persistent damage to the lungs of COVID-19 patients at least three months after they were discharged from hospital, and for some patients even longer. This damage was not detected by routine CT scans and clinical tests, and the patients would consequently normally be told their lungs are normal.

Further early research by the team at the University of Sheffield (Sheffield UK), in collaboration with the University of Oxford (Oxford, UK), has shown that patients who have not been hospitalized with COVID-19 but who are experiencing long-term breathlessness may have similar damage in their lungs, and a larger study is needed to confirm this.

According to the researchers, hyperpolarized xenon MRI (XeMRI) scans had found abnormalities in the lungs of some COVID-19 patients more than three months - and in some cases, nine months - after leaving hospital, when other clinical measurements were normal
“The findings of the study are very interesting. The 129Xe MRI is pinpointing the parts of the lung where the physiology of oxygen uptake is impaired due to long standing effects of COVID-19 on the lungs, even though they often look normal on CT scans,” said Professor Jim Wild, lead author of the study, and Head of Imaging and NIHR Research Professor of Magnetic Resonance at the University of Sheffield.

“Many COVID-19 patients are still experiencing breathlessness several months after being discharged from hospital, despite their CT scans indicating that their lungs are functioning normally,” said Professor Fergus Gleeson, the study’s Principal Investigator and Professor of Radiology at the University of Oxford and Consultant Radiologist at Oxford University Hospitals (OUH) NHS Foundation Trust. “Our follow-up scans using hyperpolarized xenon MRI have found that abnormalities not normally visible on regular scans are indeed present, and these abnormalities are preventing oxygen getting into the bloodstream as it should in all parts of the lungs.”