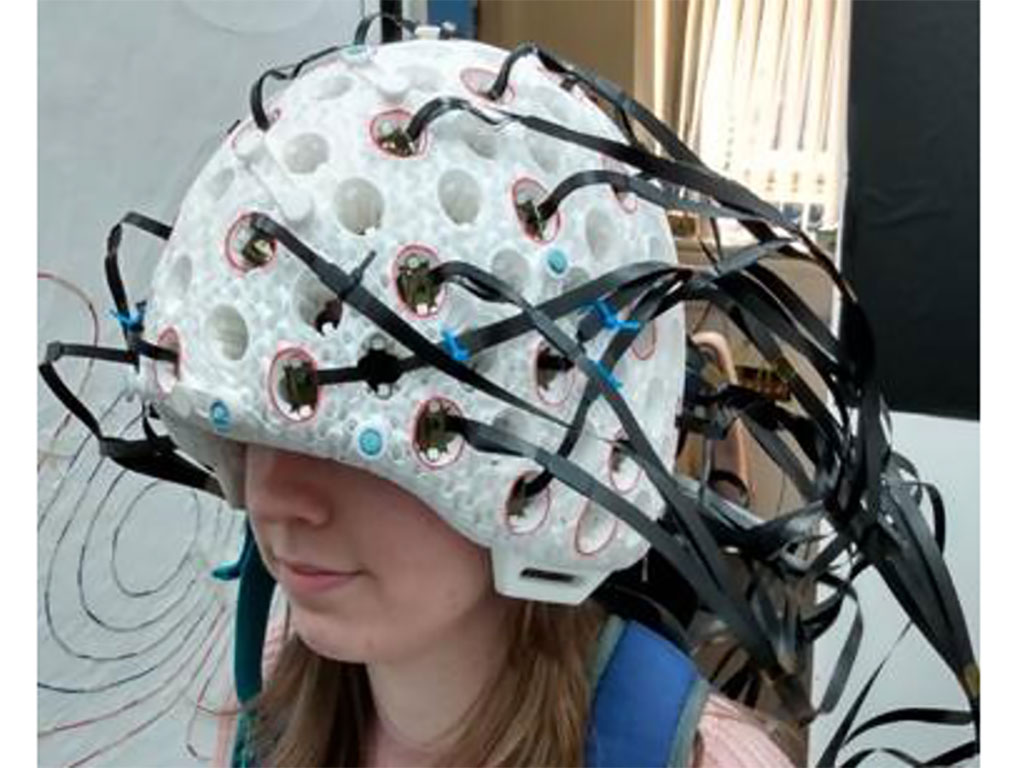 The 3D scanner is rigid, covering the entire cranium, showing brain areas that control hand movement and vision with millimeter accuracy. The researchers used it to perform MEG tests in two participants, showing that signal detection was also highly robust. In addition, by applying source-space modelling, they demonstrated that despite having five times fewer sensors, it exhibited comparable performance to cumbersome fixed cryogenic MEG devices. The study was published on May 29, 2020, in Neuroimage.

“Although there is exciting potential, OPM-MEG is a nascent technology with significant development still required,” said lead author Ryan Hill, PhD, of the University of Nottingham. “Whilst multi-channel systems are available, most demonstrations still employ small numbers of sensors sited over specific brain regions, and the introduction of a whole-head array is an important step forward in moving this technology towards effective commercial application."

“Understanding mental illness remains one of the greatest challenges facing 21st century science. From childhood illnesses such as Autism, to neurodegenerative diseases such as Alzheimer's disease, human brain health affects millions of people throughout the lifespan,” said senior author professor of physics Matthew Brookes, PhD, of the University of Nottingham. “In many cases, even highly detailed brain images showing what the brain looks like fail to tell us about underlying pathology, and consequently there is an urgent need for new technologies to measure what the brain actually does in health and disease.”

MEG systems have traditionally been based on very sensitive magnetometers cryogenic sensors which detect small extracranial magnetic fields generated by synchronized currents in neuronal assemblies. Newer non-cryogenic quantum-enabled sensors are based on OPMs; this allows for a millisecond-by-millisecond picture of which parts of the brain are engaged when different tasks are undertaken, such as speaking or moving.