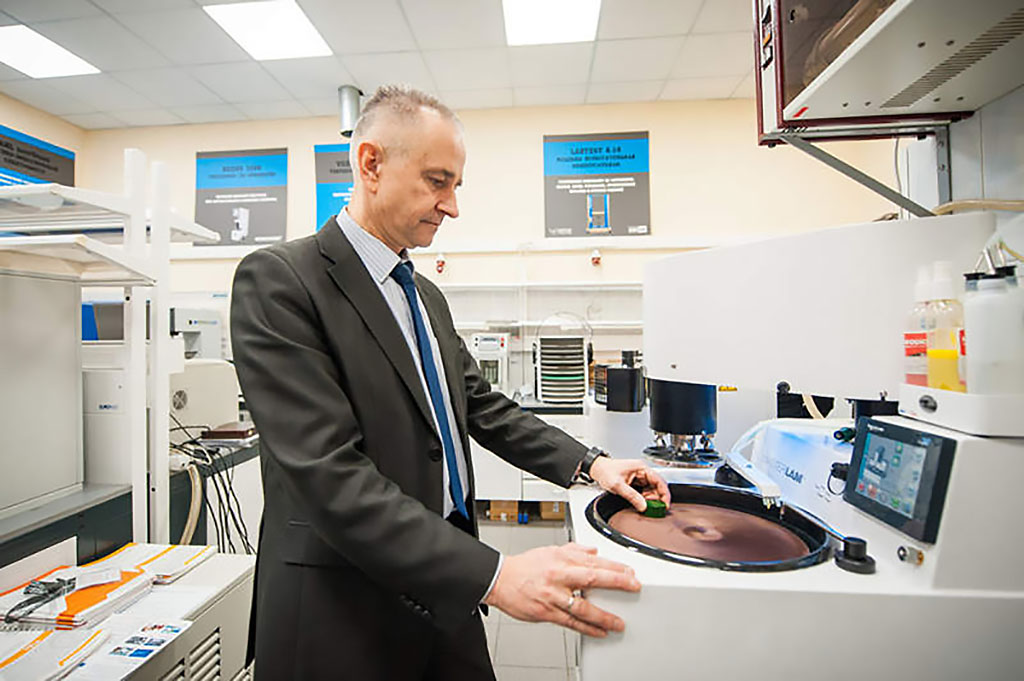 Image: Evgeny Gorelikov examining rare-earth based magnets (Photo courtesy of MiSiS)
A new magnetic resonance imaging (MRI) scanner is capable of diagnosing patients weighing up to 250 kg, compared the current standard of up to 150 kg.

Developed by the National University of Science and Technology (MISiS; Moscow, Russia) and Magneton (Vladimir, Russia), the MRI scanner is based on a proprietary technology for the production of hard magnetic materials and permanent magnets made from alloys of domestic rare-earth metals and their compounds, including from man-made waste products obtained during permanent magnet production. According to the developers, the use of a permanent, rather than a superconducting magnet, will reduce device operating costs.

The mass of the developed magnetic system is almost 1.5 tons lower than that of similarly powered devices with the same power. At the same time, the air gap of the device, which determines its working area, is 7.5% larger. The design can examine patient's bodies of 15% larger volume, allowing diagnosis of patients weighing up to 250 kg. And with values of magnetic field non-uniformity identical to those of comparative systems, the area of the transmitted image can be increased by more than 12%, while reducing the duration of the tomography process. In addition, as the scanner does not require cryogenic cooling, power consumption is less than 1 kW.

“The use of new soft magnetic materials allowed us to develop a magnetic wire for the magnetic system of the tomograph with a low level of loss, while maintaining a high saturation magnetization of more than 2T,” said project manager Evgeny Gorelikov, deputy director of the MiSiS engineering center for industrial technologies. “This allowed us to design and reduce the weight of the permanent magnets used in the construction of the magnetic system by almost 30%, which means to reduce both the weight and cost of the device.”

A prototype device has been assembled at Magneton, with mass production programmed to launch in two to three years, and manufacturing costs projected to decrease by 50%. Since the purchase price will also be lower, the new MRI scanner will be accessible to Russian state medical clinics, and the average cost of a scan will also be much cheaper, at about four to 12 thousand rubles (60-200 US dollars).