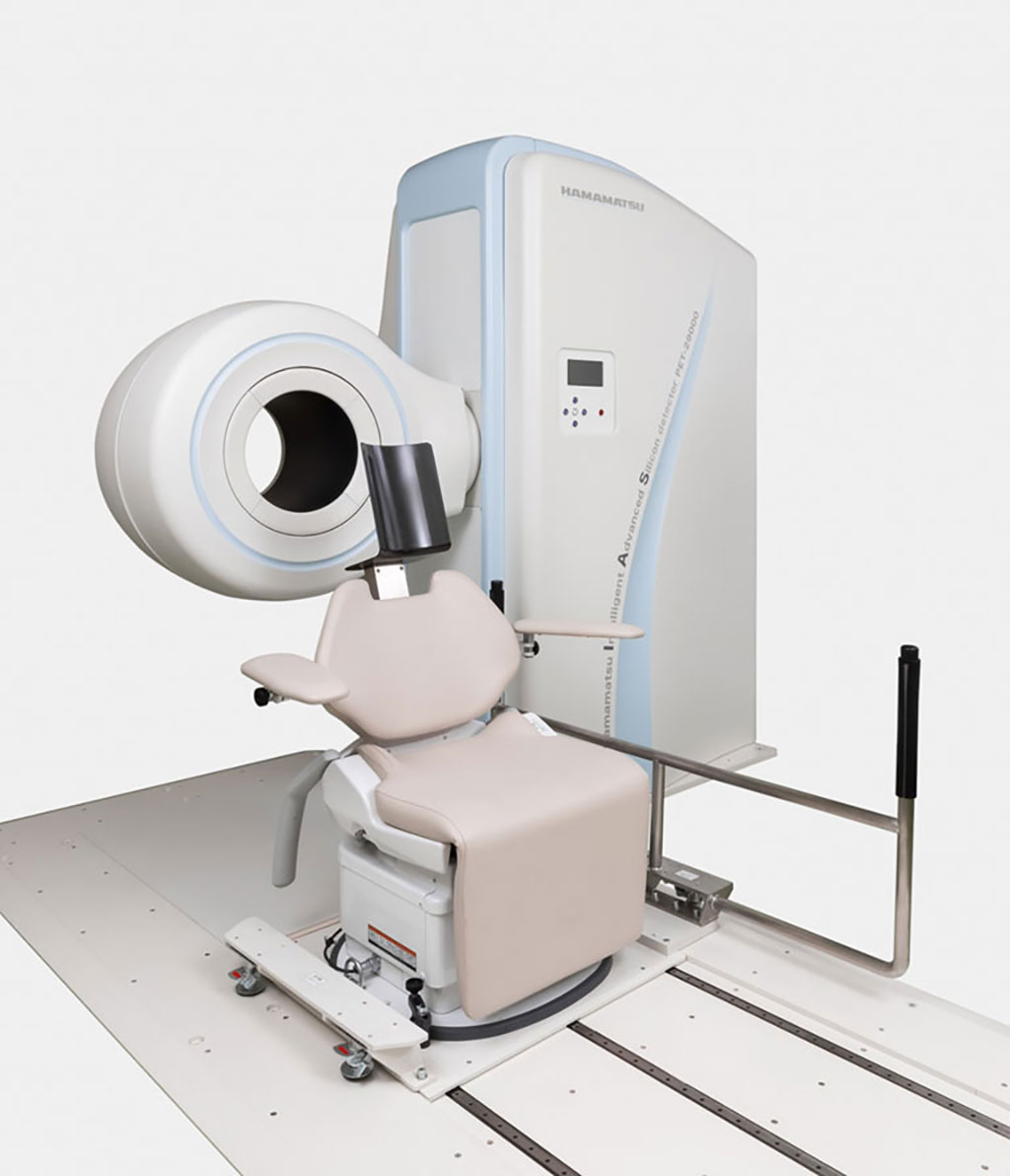 Ordinary brain PET (positron emission tomography) scanners are unable to accurately measure the distribution of radiopharmaceuticals in the brain if the patients move their head during the examination process. As a result, a head holder is required to immobilize the patients although immobilizing the head for a long time can be unpleasant and uncomfortable. Now, a newly-developed brain PET scanner that does not require a head holder could solve this problem. Such a scanner can greatly benefit subjects with psychiatric disorders such as autism and hyperactivity who cannot manage to keep still, as well as help patients with moderate to severe dementia who are unable to maintain a constant resting state.

Hamamatsu Photonics (Shizuoka, Japan) has developed the HIAS-29000 brain PET scanner that corrects the blurring in PET images caused by body motion of the examined subject. The HIAS-29000 brain PET scanner with motion correction enables high-precision measurement of the brain state of subjects who find it difficult to keep still during the examination process. The novel brain PET scanner with motion correction is expected to pave the way for further research on achieving early detection and pathological elucidation of dementia and other psychiatric disorders.