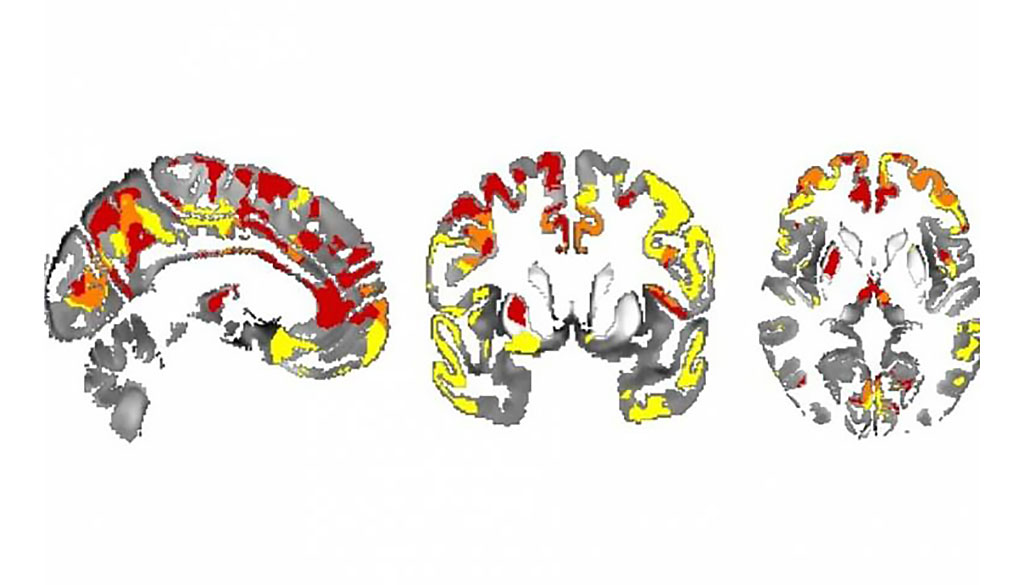 The results showed QSM increases--consistent with higher brain tissue iron content--in PD, in the prefrontal cortex and putamen. Whole brain regression analyses within the PD group identified QSM increases linked with lower MoCA scores in the hippocampus and thalamus; with poorer visual function and higher dementia risk scores in the parietal, frontal, and medial occipital cortices; and with higher UPDRS-III scores in the putamen. Atrophy, as measured using voxel-based morphometry, showed no differences between groups, or association with clinical measures. The study was published on February 20, 2020, in BMJ Journal of Neurology, Neurosurgery, and Psychiatry.

“Iron in the brain is of growing interest to people researching neurodegenerative diseases such as Parkinson's and dementias,” said senior author Rimona Weil, PhD, of the UCL Queen Square Institute of Neurology. “As you get older, iron accumulates in the brain, but it's also linked to the build-up of harmful brain proteins, so we're starting to find evidence that it could be useful in monitoring disease progression, and potentially even in diagnostics.”

“We were surprised at how well the iron levels measured in different regions of the brain with MRI were correlated with cognitive and motor skills,” said study co-author Julio Acosta-Cabronero, PhD, of the UCL Wellcome Centre for Human Neuroimaging. “We hope that brain iron measurement could be useful for a wide range of conditions, such as to gauge dementia severity or to see which brain regions are affected by other movement, neuromuscular, and neuroinflammatory disorders, stroke, traumatic brain injury and drug abuse.”

QSM is an emerging MRI technique which detects local variations in iron content through its sensitivity to magnetic susceptibility differences between chemical species, which are captured by the signal phase of MRI gradient echo sequences. QSM recovers local susceptibility sources giving rise to magnetic field perturbations, which are increased in basal ganglia regions in PD, but it has so far never been used to track cognitive changes in PD.